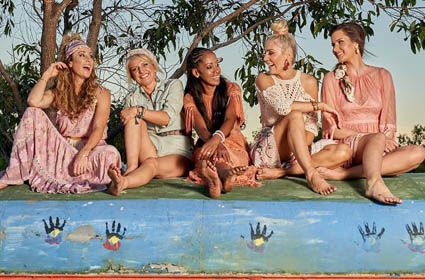 “If the Kimberley was its own country, it would have the highest rate of suicide in the whole world,” University of Notre Dame Australia Education Student Tasha McAlpine says.

Tasha is from Beagle Bay, a small Aboriginal community just north of Broome. After graduating high school in Darwin, she returned to Beagle Bay and landed a job as an Aboriginal Teacher’s Assistant.

Four years later, whilst completing her Certificate 3 in Education support, the principal and her supervisor urged her to further her studies at University and become a professional teacher.

“I wasn’t too sure,” Tasha says, “I’d been out of school for four years, hadn’t written an essay in all that time, I guess I thought I wasn’t good enough for University.”

But Tasha decided to face the challenge head on, moving all the way down to Perth and beginning her studies at Notre Dame’s Fremantle Campus.

It was after two years of study, a marriage, a pregnancy, and a return to studying that Tasha was asked to participate in Mrs Australia, a national beauty pageant open to women who are married or parents. Mrs Australia doesn't focus solely on beauty, but is instead aligned with philanthropy and charity.

“It’s an emotional roller coaster,” she says, “I wasn’t exactly comfortable with being on TV and having interviews with lots of people looking at me.”

Tasha also decided that she wanted to advocate for a cause close to her heart. Aboriginal youth suicide.

It’s important for me as a mum. No parent should be burying their children. I just want to break that cycle.

The issue of Aboriginal youth suicide is a multi-faceted beast of an issue. With so many causes and sources of trauma, it can be difficult to know where to begin or how to help. But Tasha has a vision for a future that can at least begin to offer some solace.

“Once I finish my degree here I would like to go back home and teach for a few years,” Tasha says, “and eventually I would like to open up a retreat for young children all around the Kimberley.

“I want to make a place for them to be out on country, fishing, sharing stories, making art and music and having the chance to just be kids.

“So many of the children in the community have big responsibilities because of alcohol and drug abuse, so I want to create a place for kids to have a supportive environment where they can be free.”

You can see Tasha’s episode of Behind the Sash on the Channel 10 website.

Photo by James Rowe - © Behind The Sash Productions