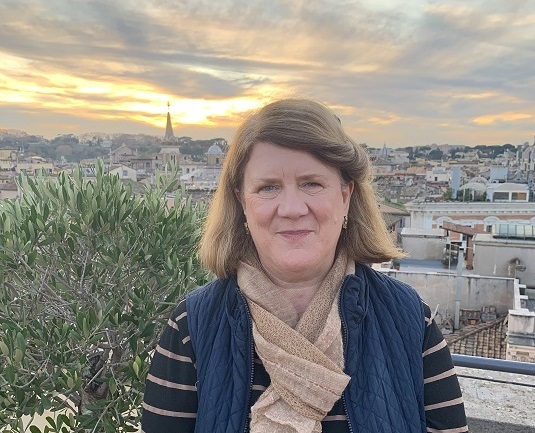 The University of Notre Dame Australia congratulates Professor Tracey Rowland on winning the prestigious Ratzinger Prize for Theology for 2020. The first Australian and third woman to the win the award, Professor Rowland is currently the St John Paul II Chair in Theology at Notre Dame and joined the University as an adjunct Professor in 2011.

Awarded to just two individuals annually by the Joseph Ratzinger-Benedict XVI Foundation, the Ratzinger Prize recognises those who perform promising scholarly research relating to or expounding upon the work of Pope Benedict XVI. The prize is often described as the ‘Nobel Peace Prize’ in the field of Theology.

“I genuinely love reading and researching the theology of Joseph Ratzinger/Benedict XVI, and I was interested in his work long before he became the Pope,” says Professor Rowland. “I used many of his ideas in my doctoral thesis on the theology of culture, which I wrote while at Cambridge, so it means a lot to win a prize that is so closely associated with Ratzinger/Benedict’s work and intellectual legacy.”

“I have published two books on Ratzinger’s theology that have been translated into other languages and I am currently working with an international team on the production of a specific dictionary on Ratzinger’s theology. There will be 101 short essays in the publication, contributed by 84 different scholars, and it will be published in at least three languages: German, English and Spanish,” says Professor Rowland.

“I am delighted for Tracey to be acknowledged in this way and to receive such a prestigious award. For many years she has made a wonderful contribution to the discipline of Theology and to our Notre Dame community,” said Notre Dame’s Vice Chancellor, Professor Francis Campbell, upon hearing news of Professor Rowland’s win.

“While Tracey has had many achievements during her career, which have been recognised internationally, to be the first Australian to receive this award is surely one of the highest honours. I personally congratulate Tracey and I know her colleagues and the wider University community were thrilled to hear the news.”

Professor Rowland said she was grateful to have received many calls of congratulations from colleagues and friends, both in Australia and overseas, as she continues teaching a Notre Dame online intensive today.