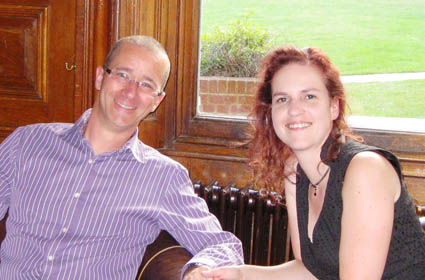 The University of Notre Dame Australia is pleased to announce the appointment of Professor John Lippitt as the new Director of the Institute for Ethics and Society (IES). Currently a Professor of Ethics and Philosophy of Religion at the University of Hertfordshire (UH), UK, Professor Lippitt will be starting his new position at Notre Dame in February 2020.

A research leader for Philosophy at UH since 2013 and considered to be a leading Kierkegaard scholar, Professor Lippitt’s research interests include virtue ethics and the moral psychology of individual virtues, forgiveness, and the philosophy of love, friendship and education. He is also interested in the relationship between philosophy and religion in the modern world, and the ethics of policing (having served as an ethics advisor to Hertfordshire Constabulary and other police organisations). He has recently finalised a monograph titled Love’s Forgiveness, supported by a Major Research Fellowship from the Leverhulme Trust (2018-2020) and due to be published by Oxford University Press in 2020.

Professor Lippitt will be joined at the University by his wife, Dr Sylvie Magerstädt, who is currently based within the School of Humanities at UH and who will be taking up a position in Notre Dame’s School of Arts & Sciences, Sydney. Dr Magerstädt is also a productive researcher and an experienced teaching academic. Her research focus lies at the intersection of media, religion and philosophy.

“Sylvie and I are really looking forward to moving to Sydney and joining the Notre Dame community,” says Professor Lippitt. “I have been impressed by past IES events and activities and I am looking forward to working with colleagues to pursue the next stage of the Institute's development, to help strengthen its research profile and pursue various international collaborations and funding opportunities.”

Associate Professor John Rees has been the Acting Director of IES since January 2018, when Professor Sandra Lynch, the foundational Director of the Institute stepped down.

“IES has being going from strength to strength under Professor Rees’s leadership,” says Acting Vice Chancellor Peter Tranter. “We thank him for his diligent oversight of the Institute and his tremendous contribution, which will continue until the commencement of the new director.”