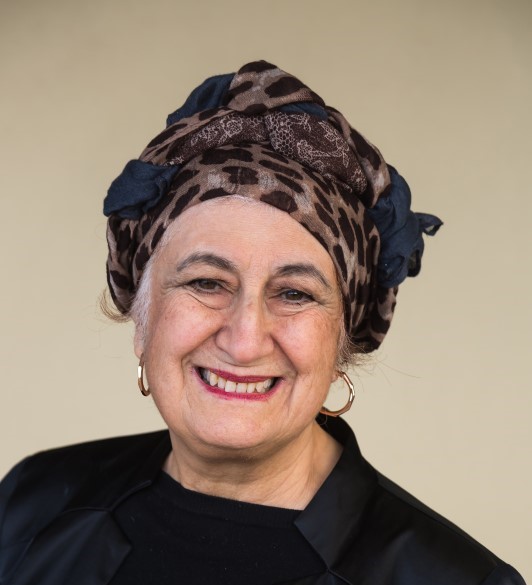 Associate Professor Hadia Haikal-Mukhtar has been awarded an Order of Australia Medal for her service to medicine and the Lebanese community in this year’s Queen’s Birthday Honours List.

Hadia has been Head of the Auburn Clinical School at the University of Notre Dame Australia since 2009 and was central to establishing the school, as well as many of its community-facing initiatives, such as health information sessions and talks delivered in Arabic for the local migrant community.

Qualified in Science, Medicine, Law and Medical Education, Hadia is well known for her community-mindedness, activism and humanitarian work. Having arrived in Australia from Lebanon in 1969, she is particularly passionate about working with migrants and improving the health and wellbeing of people impacted by war. During the 2006 Lebanon War she led a delegation to Lebanon to explore the impact of cluster bombs on health, and co-authored a report to the Australian Senate Standing Committee on Foreign Affairs, Defence and Trade. That same year she ran a fundraiser for Red Cross Lebanon that raised $100,000. Hadia cites this as one of the projects she feels most privileged to have been part of over the years.

“I am humbled and honoured to be recognised with an award this year, but I believe it’s the contribution you make to a better world and to people’s well-being that is the best reward – everything else is just icing on the cake,” says Hadia.

Receiving the award is important to me, as it can serve as a reminder for the next generation, especially the migrant population in Australia, of their duty and capacity to outdo us in whatever good we do.

Hadia added that she is truly touched by the hundred messages of congratulations she has received from colleagues past and present, alumni, current students, friends and family. She also credits her family for ingraining in her the importance of education. “When I was a child I decided I wanted to be a doctor or a lawyer, and I did both. I did this for two reasons. First, I was brought up in a family that placed huge value on education, making a difference and excelling in what you do. So the human rights side of law and medicine really appealed to me. Second, I was inspired by the Jesuit nuns at St Coeurs College, who instilled in me the importance of caring for others.”

Today, one of Hadia’s most important roles is supporting, inspiring and nurturing her students. “Each year we host a function to welcome new students and their families to the clinical school. We invite their families because we are all partners in this journey, and one of my messages to students is to always nurture their relationships, personal and professional, because without them we cannot thrive in our journey or our careers.”